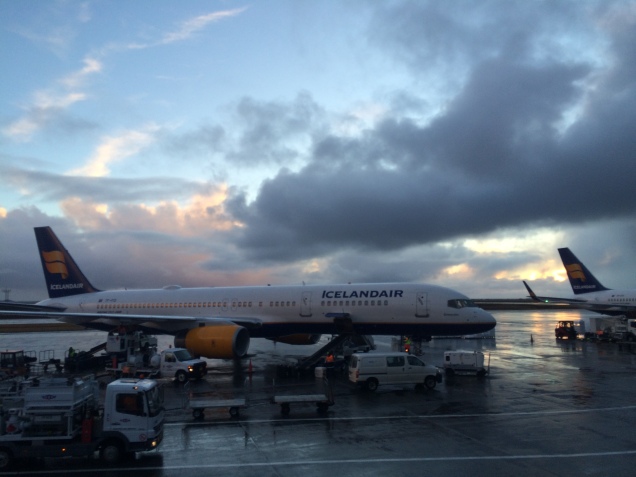 After 8 long months of planning and preparation, we were finally on our way to a place where we never imagined we would go.

I can still recall the excitement when me and Pari departed Singapore Changi Airport, even though we knew there were a good 20 hours before we would reach Keflavik Airport.

13 hours to London on a cattle class, red-eye (full) flight, plus a 5 hour layover before our 3 hour connection and yet we were absolutely buzzing. I had laid out all the plans meticulously and from a personal standpoint I was hoping to see how well my itinerary and plans could be executed.

I had made sure that we could rest and take a shower at the Priority Pass Lounge in Heathrow Airport, since I was a member of this program courtesy of my Citibank credit card. However, the first oversight came when I didn’t realize that we had to go through London immigration, collect our baggage, and check in again, which meant we couldn’t use the lounge in the Departure area, since it was way too early to check in. So we were really fortunate that there was another lounge, albeit smaller one in the Arrivals area.

We had a nice simple buffet breakfast, and a long, hot shower that allowed us to freshen up before our flight to Keflavik via Icelandair.

Despite the planes looking a little worn, I must say the service is immaculate and the attendants were always making sure that you were comfortable.

For a national carrier, it’s quite odd that they don’t have free meals on board, even for Economy class. So if you are feeling peckish it’s best to grab a quick snack or bring something on board. Alternatively, you can buy the sandwiches that they have on board.

Once we arrived, the first priority was to purchase a sim card to get connected and the bus tickets to our Airbnb apartment in Reykjavik.

The convenience store at the airport only offered the standard Siminn package, and two other options, Vodafone and Nova. I had my sights set on Siminn, but not the standard package so I passed.

There were two bus options, Flybus and Grayline. While I think most guides recommend the former, I went for Grayline because from what I researched, they appeared to be cheaper by around 500ISK for a one way ticket. It’s probably unnecessary to pick the expensive option unless you are dropping directly at the BSI Terminal which in that case Flybus would be the better choice.

If you require hotel drop off, both companies would gladly do so as long as it’s on their list of designated hotels. The list is pretty extensive so unless you have a room booked in a place that doesn’t belong in the list, you won’t have many problems. If you are doing Airbnb like me you can just check the location of your stay and the list of hotels they drop off and you can find your way from there.

The first two nights were really for us to overcome the 8 hour time difference so a comfortable rest was essential. We were glad that we chose Airbnb for our first two nights in Reykjavik because the apartment that we stayed was simply unbeatable in terms of location, price and cleanliness. The host, Thordur, was so detailed in his information that we didn’t need him to meet us at all. 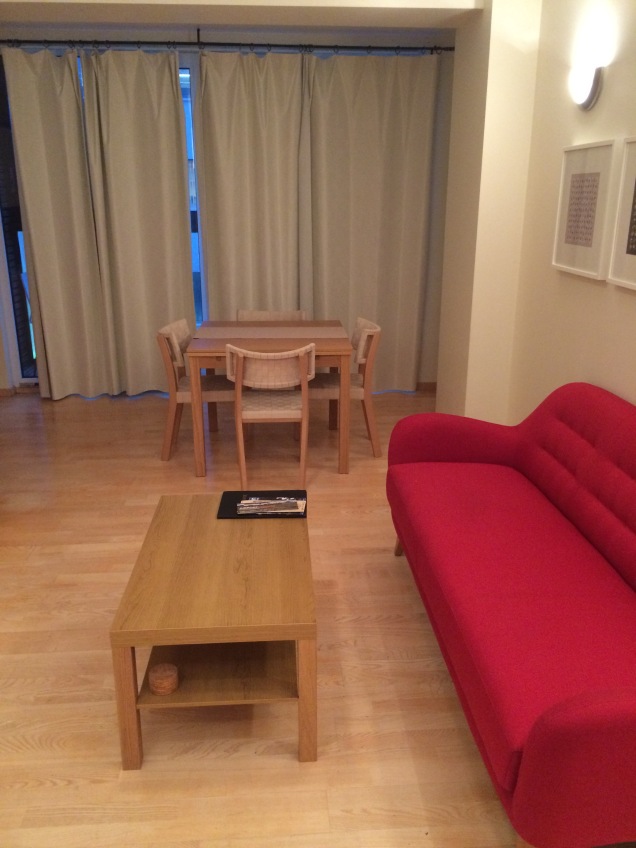 Besides being cosy and clean, it was also situated right along the main shopping street, Laugavegur, yet quiet since it was on the tail end of the street. It’s beside Hlemmur Bus Station and there’s a 10-11 convenience store directly opposite, even though I wouldn’t recommend buying anything from there since it’s hideously expensive.

There’s also the Icelandic Phallological museum across the street if you’re into that sort of thing.

Toilet was immaculately clean, with all the basic necessities.

Once we washed up, we headed for some decent grub since we had nothing much beyond airplane and lounge food for close to 24 hours.

Our first stop was a food truck which was supposed to churn out the best donuts in Reykjavik. Next to it was the Lobster Hut, as its name suggests, a Lobster only food truck which was closed at my time of arrival. So the donuts it was and as always, the demanding food critic in me classified this joint as overrated since the donuts smelt like the oil hadn’t been changed in a while. 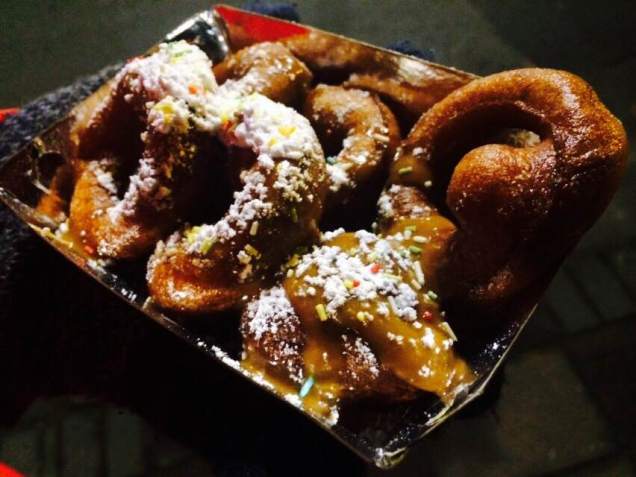 It was pretty nice to be able to choose your toppings though but at 500ISK a pop, I don’t think I would recommend it to most.

Undeterred, we decided to wander around the streets of Laugavegur to see if there were some budget options to fill up the rest of our stomachs before calling it a night. We pondered between the popular noodle bar, The Noodle Station and Hamborgara Bullan and we decided to go with the latter since we resolved not to go Asian at any point of our trip (nothing racist here – we are Asians after all)

The interesting thing about this popular burger joint was the sign in front of a pub that said “Burger Joint behind the bar”. We literally walked one round to the back of the building but found no burger spot around. So after circling back I realized the burger joint was actually INSIDE the building and you just needed to walk by the bar and you could see it. I blame my stupidity on jetlag. 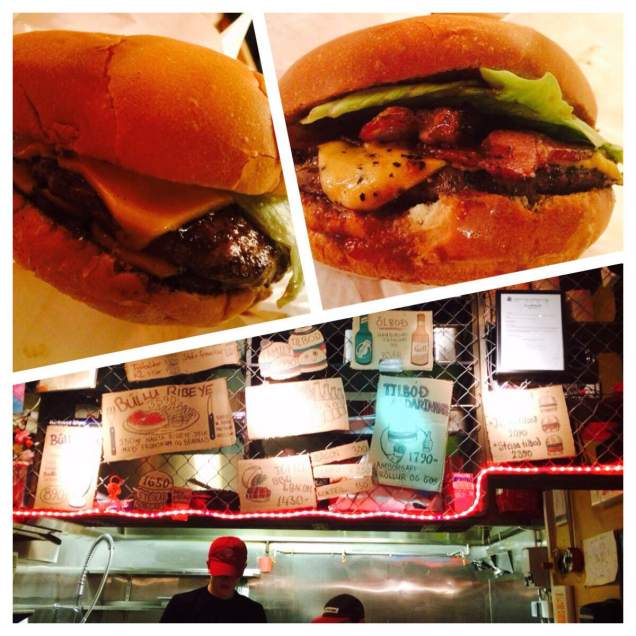 It was nice to see the number of locals in the joint, since it meant that this wasn’t the usual spot that tourists flock to.

Hamborgara Bullan I believe was ranked the best burger in Iceland a couple of times before and certainly I could see why since the burgers they served were both great in terms of quantity and value. Go for the double cheeseburger, or the bacon burger if you are there.

Our final stop was one of Iceland’s most popular bakeries, Bakari Sandholt. Bakeries always excite the both of us because we are huge cake and pastry lovers, and we were both glad that this particular bakery didn’t turn out to be overrated, though we did find better ones along the way.

The huge, caramel coated pastry was some kind of cinnamon roll that was omnipresent in almost every bakery we encountered, so I guess it was some traditional Icelandic pastry.

Prices were decent and we took out some extras for the next morning’s breakfast *. This was to be our common strategy for our entire trip, to save time during day so we could explore more places with the limited daylight to avoid driving at night as much as possible.

We both slept at 9pm and woke at 6am the next day (this was to be a recurring theme throughout the trip) due to our bodies not fully used to the time lag yet. It turned out to be a pretty neat arrangement since both of us typically need 2 hours to get ready so by the time we did the sun was beginning to rise. It was also pretty nice to be able to have breakfast together in our lodging on a daily basis since we usually don’t have the luxury of time to do that back at home. Sometimes these little things go unnoticed during our daily hustle and bustle.

Day 2 was really to just take a stroll around Reykjavik, which we found to be a very compact city. Most of the major sights can be explored on foot, and the cool conditions meant that we were able to cover more ground than usual.

Reykjavik is also home to the best hotdog in the world, Baejarins Beztu Pylsur. Supposedly Bill Clinton ate there and declared the same as well. Go for the “everything” version, which means all the condiments and the delicious crispy onions that make every bite a juicy, delicious crunch. It was so good we went twice, the other time when we came back from our Ring Road trip.

Having restored our energy, we moved on to Kolaportid flea market for a quick look. We didn’t go with much expectations having read some reviews online, but still we thought it might be interesting to see how a flea market in Iceland would look like.

You can probably skip it if you are tight on time, but it’s a good place if you would like to sample some traditional Icelandic food like Hakarl (fermented shark) for free or at cheap prices. Both myself and Pari are always game for new food challenges so when we heard that Gordon Ramsay once puked eating this, we knew it was at the top of our list.

The ammonia smell was really strong, and the sharp, fishy aftertaste was quite disturbing, and at some point I wished I had some Brennivin to wash it down to complete the entire experience. Rather perversely, we were kind of disappointed that it didn’t taste as foul as we had imagined.

As our road trip was to begin tomorrow, we had to stock up on some food and groceries. We heard some good things about Bernhofts Bakari and we weren’t disappointed – I would rate this place higher than Bakari Sandholt, in terms of taste and variety. This is a must go if you need some cheap yet tasty rations to bring along for your road trips.

We were scheduled to collect our rental car at our apartment in the late afternoon so we made a quick visit to arguably Reykjavik’s most famous landmark, Hallgrímskirkja, a famous Lutheran church. 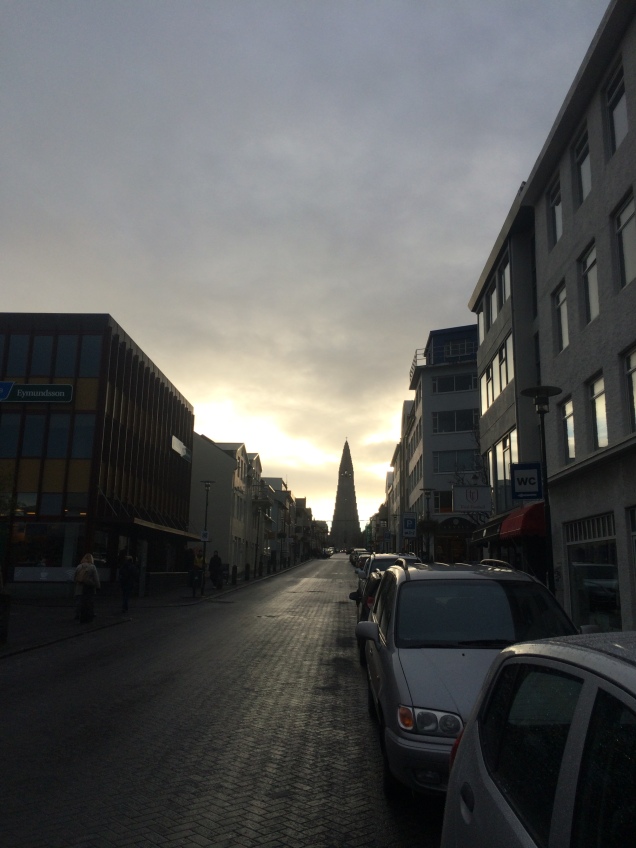 Once we settled the car, we decided to have a casual dinner at Cafe Babalu, a short walk from Hallgrímskirkja, before resting up for the  night. This cosy cafe serves up a mean Icelandic lamb soup, together with what I felt was the highlight of the meal, the indulgent Nutella cheesecake.

So far, so good with everything according to plan. Next up would be the real test – taking on the Ring Road of Iceland. 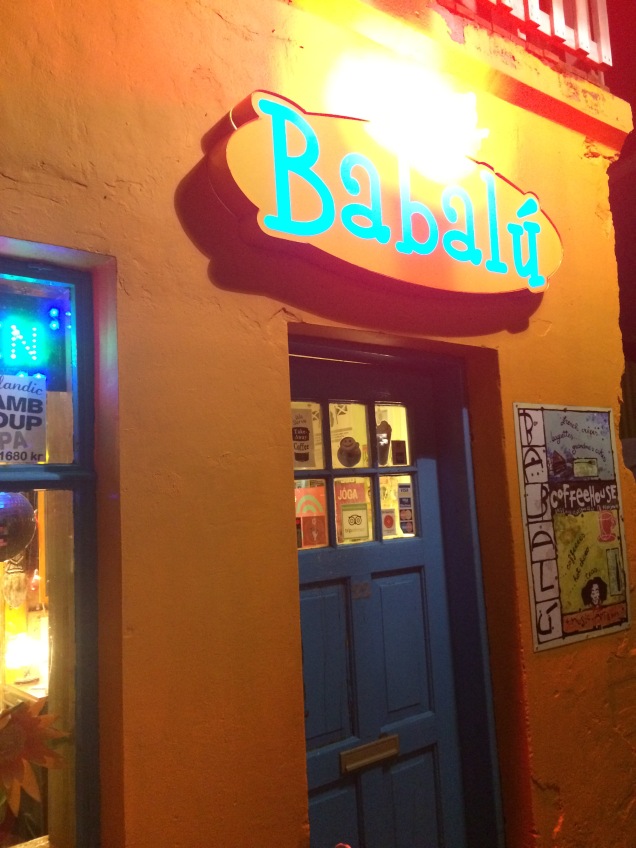 8 thoughts on “Day 1 & 2: Exploring Reykjavik, the World’s Most Northern Capital”