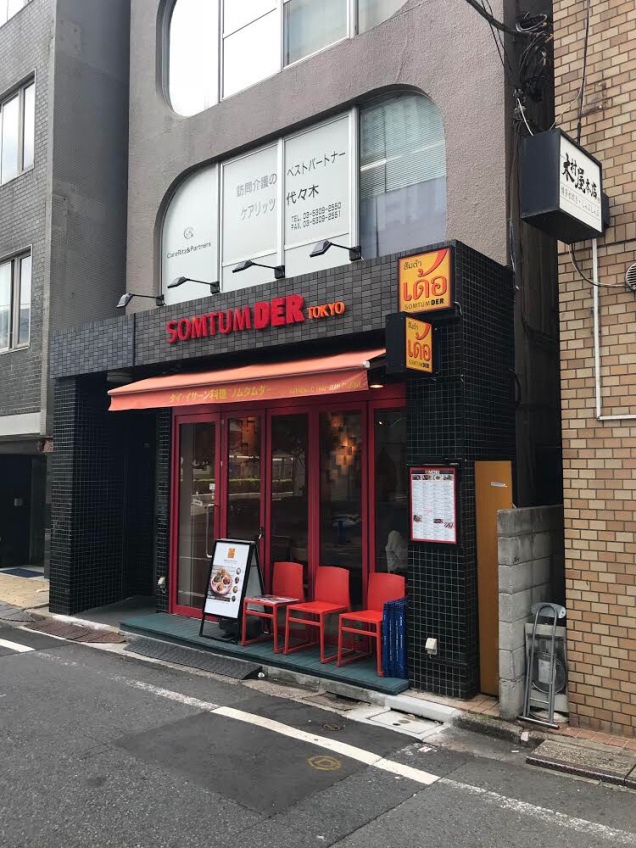 Thai food has always been one of my favourites and while there are no short of Thai restaurants in Tokyo, I couldn’t resist when I chanced upon a nice looking Thai food place while cycling around my neighbourhood. Apparently Somtum Der is quite popular on the global food scene with outlets in New York, Tokyo, and Ho Chin Minh, outside of Bangkok. It is basically an Isaan style restaurant.

It’s quite hard to find the menu of Somtum Der on the internet but I managed to snap a photo to give you an idea of the prices. 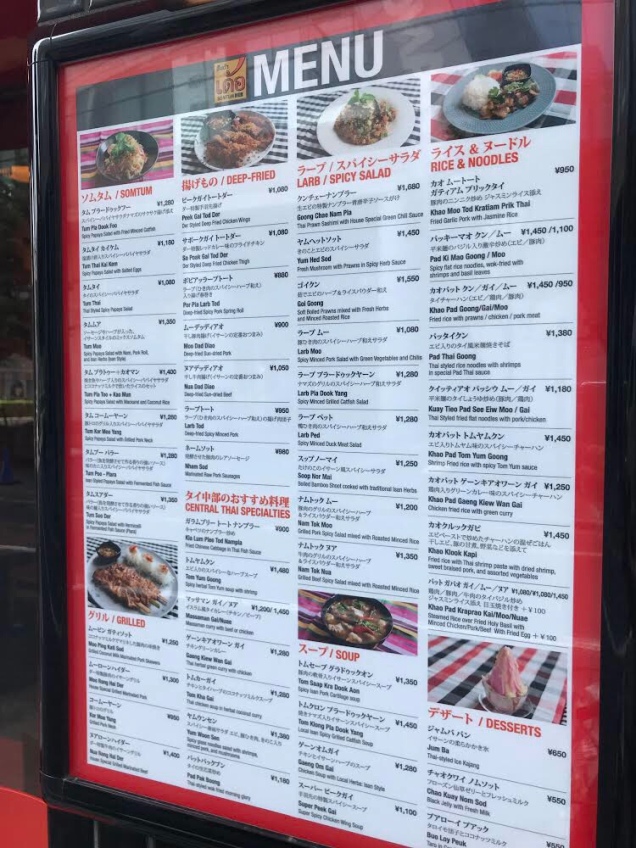 Prices are for Ala carte and dinner, and they have an English menu inside as well.

Lunch, like most places in Tokyo, are cheaper but I was rather disappointed that their advertising board showed a lunch set that consisted of Thai sticky rice, fried chicken, somtum, and a mini Kraprao, a great deal for 850 yen, but turns out that set was actually 1,500 yen, with 850yen getting you only a Kraprao set with rice and a mini soup. That was kind of misleading I thought.

Though the meat was plentiful, the saltiness was a bit too much, while the chicken soup was rather cold and more of a diluted fish sauce broth more than anything else. The plus points were that you could select the level of spiciness ( I chose regular which wasn’t spicy at all), you could choose between two kinds of soup, and chicken or pork for the meat.

What I did like though was the clean and classy decor and atmosphere.

Overall, I would say there are better Thai food places around in Tokyo and I’ve shortlisted several which I will visit over the next couple of weeks. The prices too in Somtum Der are a bit higher than usual as well. Generally quite disappointing considering the prices versus the taste.