I used Thai Airways Business Class for my short, one hour journey from Yangon to Bangkok recently and it turned out to be a surprisingly comfortable ride, certainly not what I had expected considering the short distance.

In Yangon International Airport, there are two lounges for Royal Silk (Business Class) passengers. If you have Priority Pass, you can use them as well. 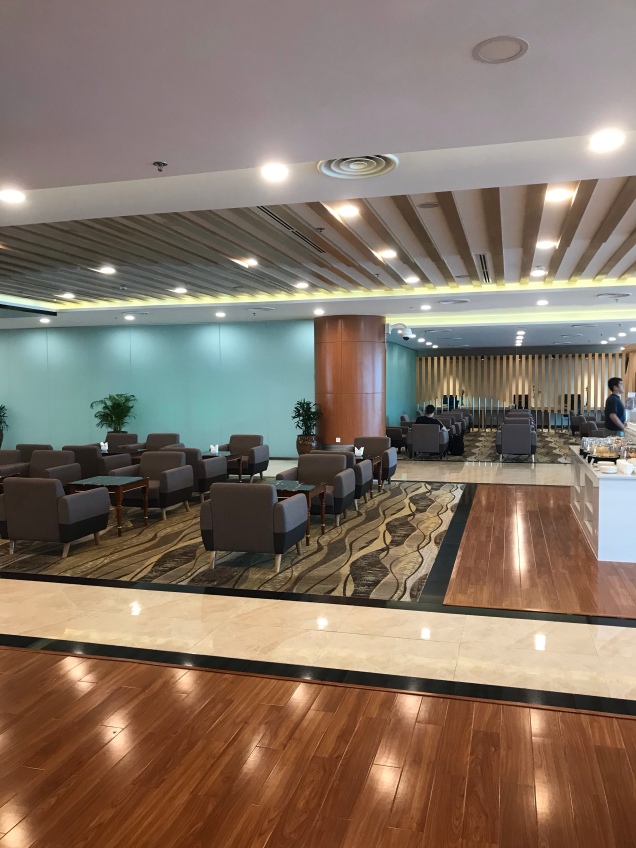 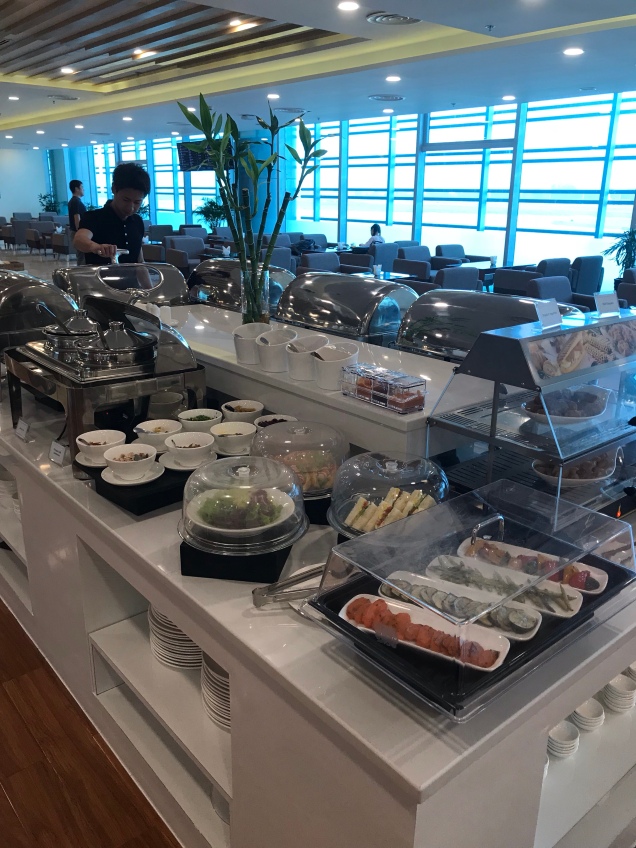 The lounge was near empty when I went, though the lounge itself was fairly spacious, probably able to accommodate around 40 people or so.

Food selection was rather average, with the the cakes looking rather dry, and the rest of the foods not looking entirely appetising, so I only had a French toast and some soup. Despite this, it’s sill a relatively nice place to chill and relax, since there isn’t a whole lot to do at Yangon Airport anyway. 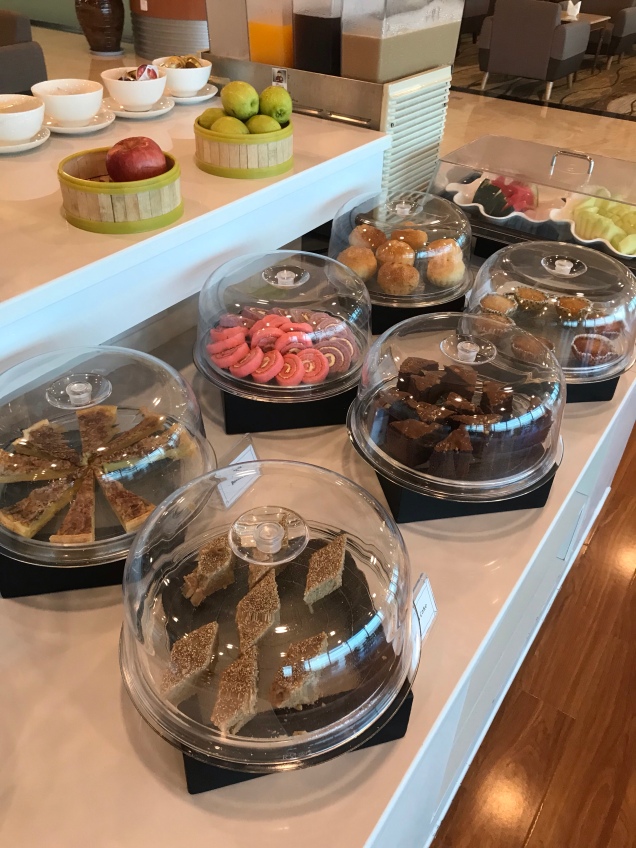 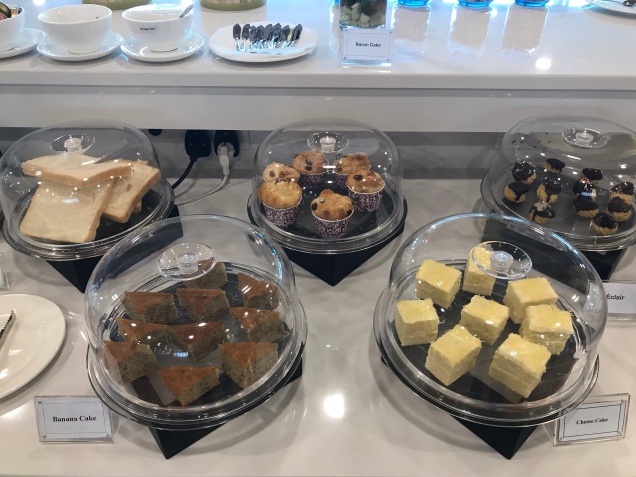 The flight, though, was a totally different experience.

The cabin was really clean, and had a scent of lemongrass in the air, adding to the already welcoming atmosphere.

The display of orchids around further added to the warmth of the cabin.

Seat configuration was in the 2-2-2 format.

The seat width was much wider than the ANA Business Class from Narita to Yangon, though the seat was not fully flat. 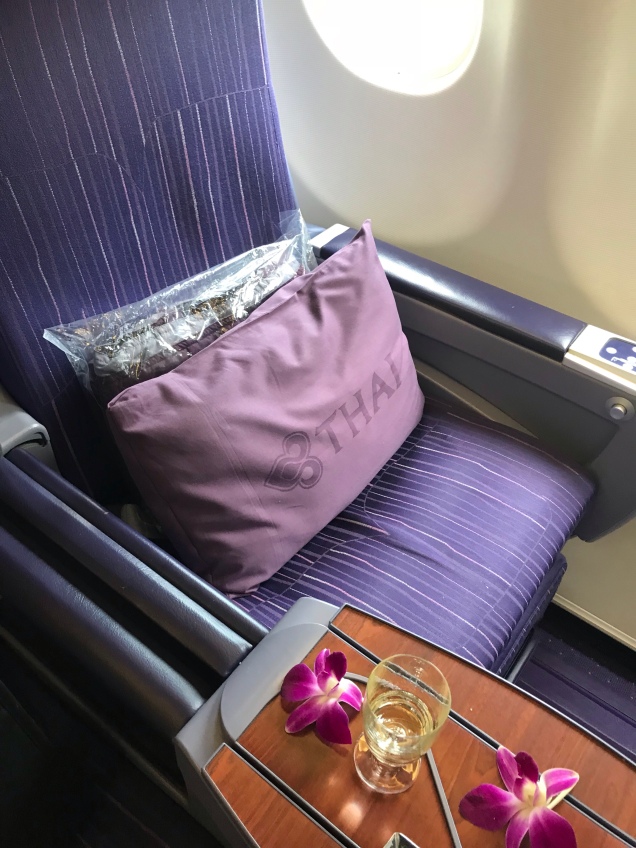 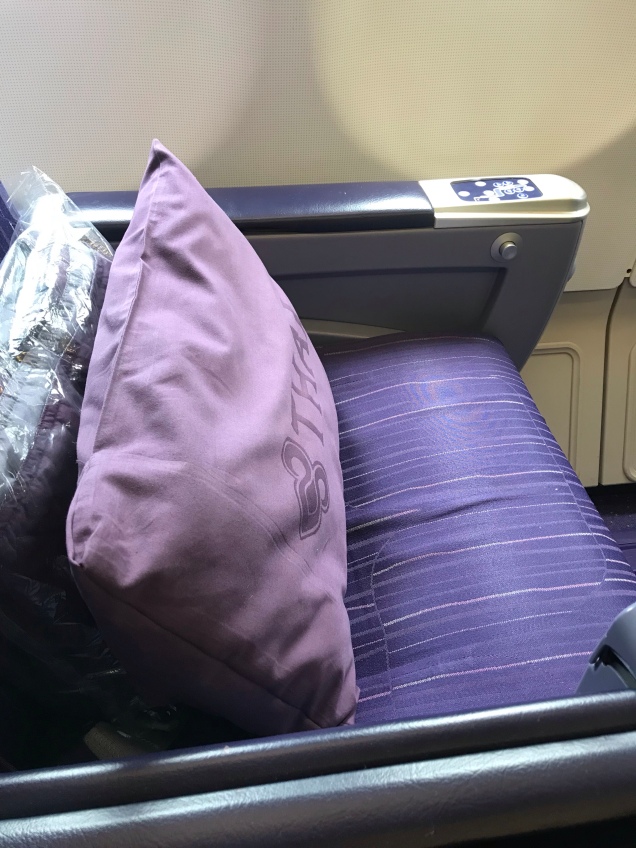 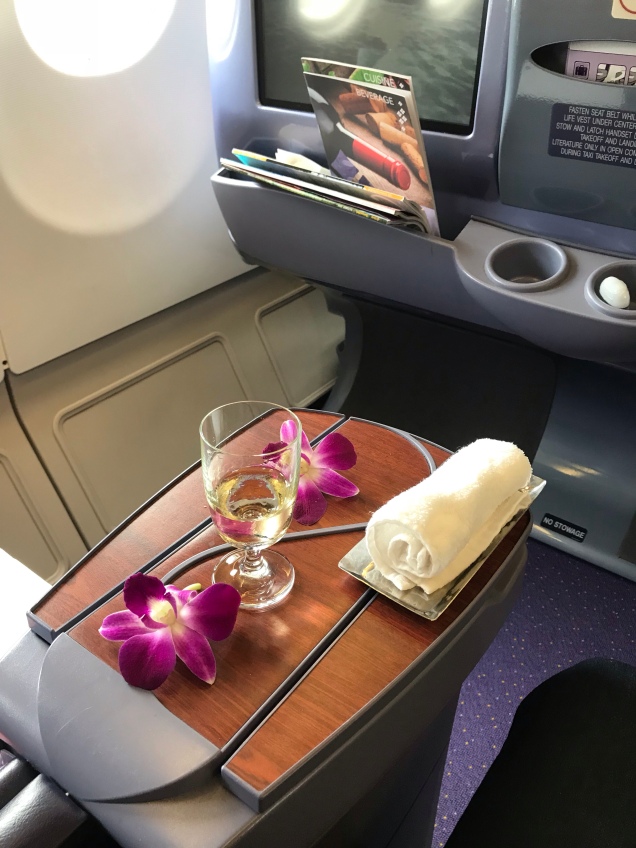 The leg space was extremely generous, and at 1.75 metres tall will the my legs fully extended in an upright position, I can barely touch the seat in front of me.

The TV screen size was big, but I didn’t use it due to the short flight. Screen resolution though seemed strangely poor quality. 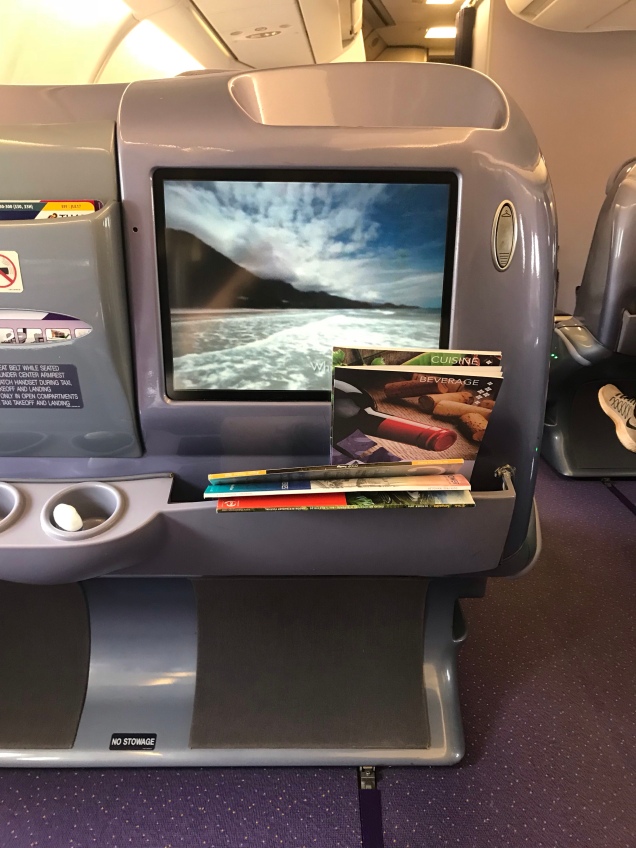 Despite the short flight, a full meal was offered but I was so stuffed from the hotel breakfast that I decided to give it a pass.

I did manage to capture the menu, though there was only one choice from the selection. 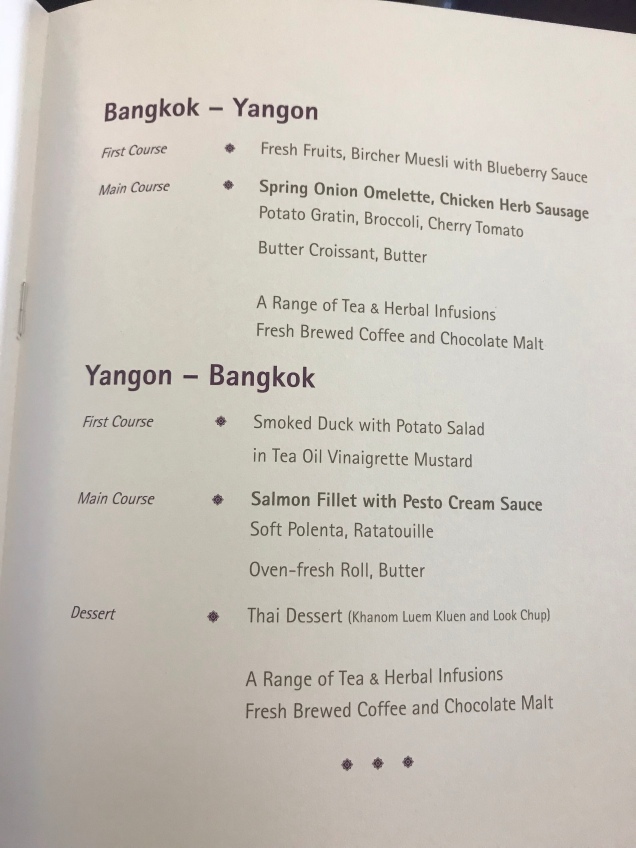 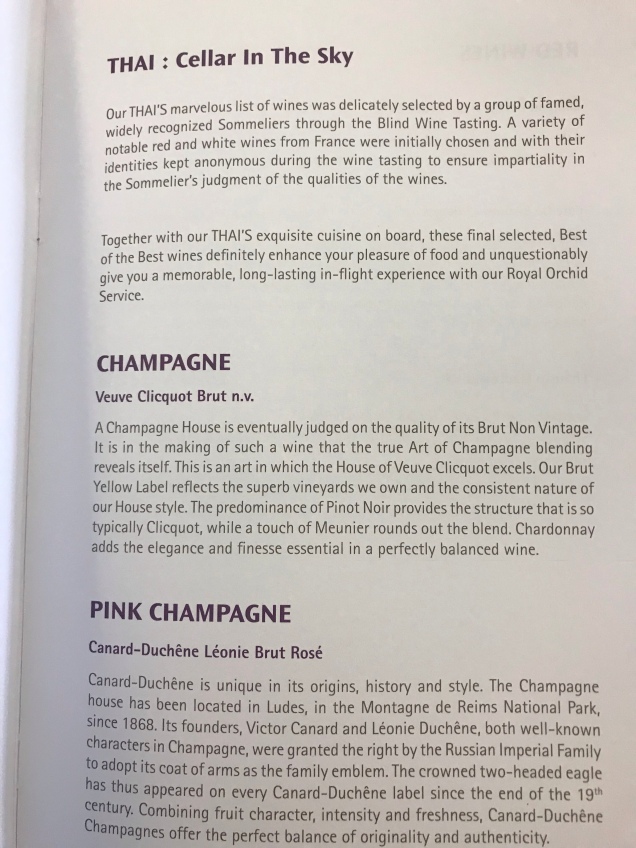 Interestingly, upon arrival, there’s an express queue for Royal Silk passengers. Usually you expect priority queues before departure, not on arrival, so I thought that was a nice touch considering how busy Suvarnabhumi Airport can get.

I’m not sure whether short flights are worth the cost to take Business Class, but Thai Airways certainly didn’t do itself any harm with its clean cabin, generous seat pitch and leg room, plus the excellent hospitality on top of it.